Oct. 6, 2017 – Two New Brunswick high schools are receiving an education in biomass boiler heating systems thanks to an initiative by the province to reduce its carbon footprint and promote the use of locally sourced wood.

Sussex Regional High School in Sussex, N.B., a school of approximately 741 students ranging from Grade 9 to Grade 12, and Caledonia Regional High School in Hillsborough, N.B., which has approximately 310 students ranging from Grade 6 to Grade 12, both had the same issue that needed to be addressed: aging oil-heat boiler systems that required replacement. Instead of purchasing new oil-fired units, both schools opted to take advantage of the province’s Green Building Policy, under the direction of DTI (Department of Transportation and Infrastructure) and replaced a significant portion of their fossil fuel load with biomass-fuelled boiler systems. 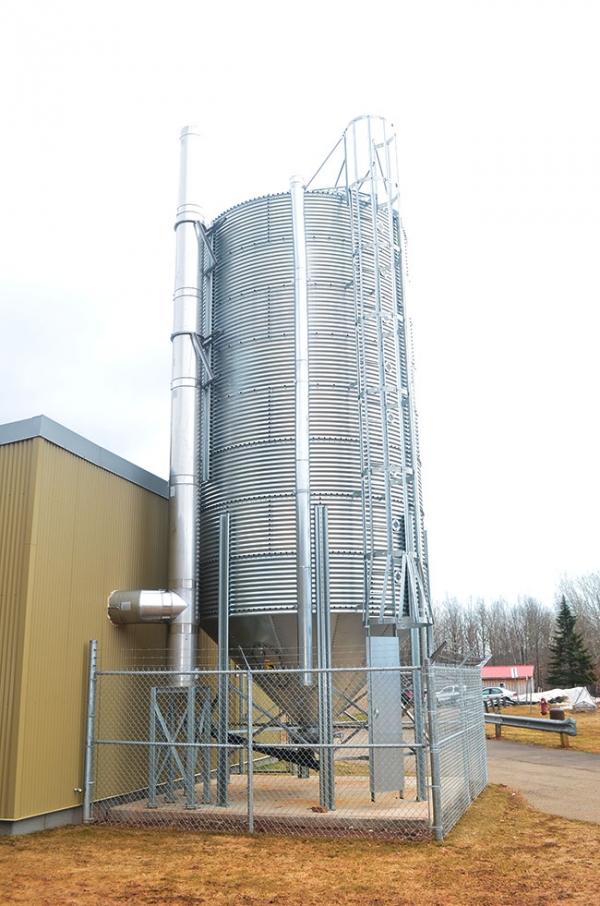 After a thorough bidding process, the biomass projects were awarded to Thomas Industrial Sales, a local company headquartered in Fredericton, N.B. that has been servicing Atlantic Canadians since 1968. For both boiler replacement projects, the company opted to install Viessmann Vitoflex 300-RF 540kW biomass boilers. The boilers for the two projects were delivered in March 2016 with commissioning taking place in the fall of 2016.

The biomass boilers now serve as both schools’ primary heat sources, replacing their older oil-fired units that still serve as backups in case additional heat load is needed during harsh winters, or the biomass boilers are down for routine maintenance or require servicing. The biomass systems heat the schools through a mixture of forced air hydronic heating coils and hydronic heaters at entryways. Neither school had any modification to the heat distribution system.

Although still early into their use, the biomass boilers have been extremely successful to date in reducing the amount of oil being burned. Daron Thomas, president of Thomas Industrial Sales, says the schools have significantly impacted the burning of heating oil, with the Caledonia School achieving a reduction in oil consumption of about 95 per cent.

Thomas says both installs went fairly smooth with a few minor hurdles to overcome at the Sussex project.

One challenge that came up during the project was a bylaw prohibiting the burning of solid fuels in the Town of Sussex. Thomas says there was some concern at first in regards to burning wood pellets, but Steve Tweedie of TACE, the design engineer, met with town officials and ensured them the emissions levels exceed all required federal and provincial legislation, and is cleaner than many fossil fuels. The Viessmann unit was tested and no emissions or air quality issues were discovered, during commissioning.

“It was a $1-million investment in the community that uses New Brunswick provided energy,” says Thomas.

Although pellet silos might look out of place in some areas of the country, Sussex isn’t one of them. Thomas says attaching the 60-ton wood pellet silo to the school did not look out of the place in the area, since the town is the self-proclaimed dairy capital for Atlantic Canada and silos are commonplace throughout the region.

Installing the biomass boiler system in an existing mechanical space is a difficult endeavour so both schools had the boiler system installed in its own separate building next to the school. This allowed for “clean slate” design for Tweedie and DTI, whom took advantage of the additional space and doubled the size of the buffer tank, allowing for longer run times that increased the efficiency of the biomass boiler. 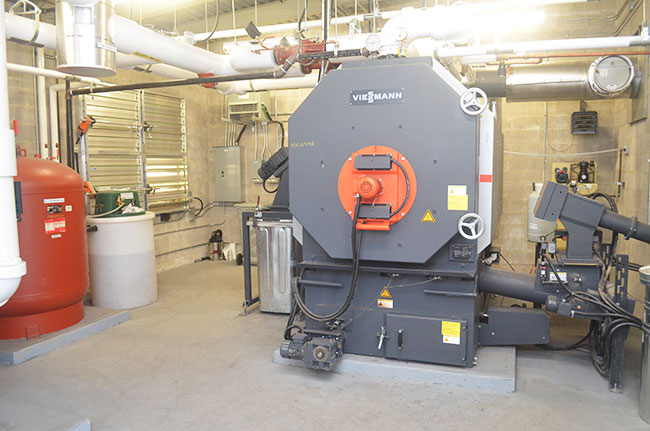 A remote monitoring panel was installed in the existing mechanical rooms, and Ethernet connection to the biomass panels allow for remote monitoring, and adjustments, to optimize the operation.

“Biomass technology might be new but the rules and regulations are in place and enforced, like any other heating appliance regardless of the fuel,” Thomas says, adding “The province of New Brunswick has a requirement to ensure compliance to all codes.”

Thomas Industrial Sales were not the only locally sourced company for the projects. Groupe Savoie, which is based in Saint-Quentin, N.B., supplies the wood pellets for the biomass boilers; and the mechanical contractors for the projects were local too – with Silvio Landry of Georges Plumbing & Heating of Moncton looking after the Hillsborough project, and Ian Flowers of Master Mechanical of Saint John, looking after the Sussex project.

By keeping he projects sourced locally, the province has been able to reduce its carbon footprint while supporting its mechanical and wood products industries, a winning combination.