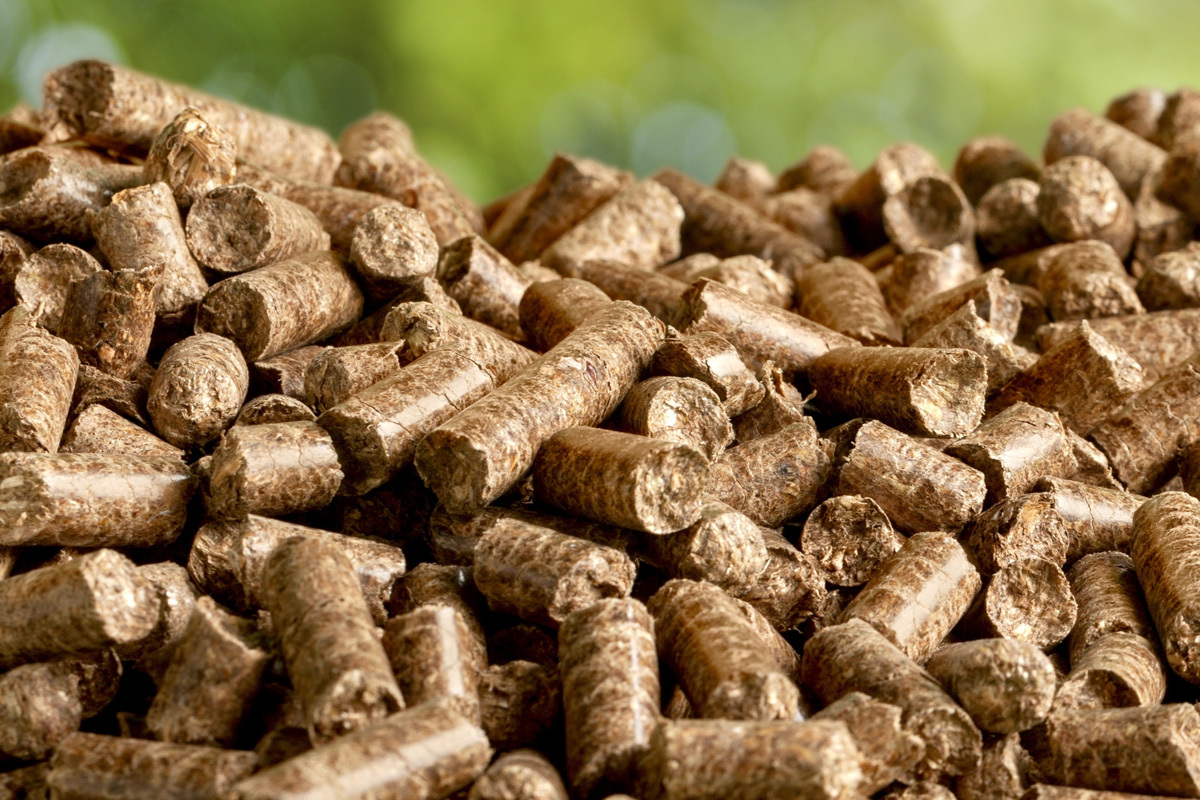 Welcome to the Wood Pellet Association of Canada’s newsletter. We hope you enjoy reading it and we welcome your feedback.

Greetings! We publish this issue of our newsletter during a global crisis that most of us probably never envisioned. The unprovoked war in the Ukraine has highlighted the urgent need to transition to clean, renewable and responsible sources of energy. In her speech to the European Parliament Plenary, Ursula von der Leyen, President of the European Commission, said “It is our switch to renewables and hydrogen that will make us truly independent. We must accelerate the green transition. Because every kilowatt-hour of electricity Europe generates from solar, wind, hydropower or biomass reduces our dependency on Russian gas and other energy sources. This is a strategic investment.”

In response, Canada’s Minister of Natural Resources Jonathan Wilkinson in increasing exports of oil and gas to Europe, said, “Our European friends and allies need Canada and others to step up… they need our help in getting off Russian oil and gas in the short term, while speeding up the energy transition across the continent.”

Mean action on climate change continues to progress at the G7 Climate, Energy and Environment Ministers Meeting in Berlin, Germany in May where Canada actively supported global efforts to phase-out of unabated coal-fired power, and decarbonizing electricity systems by 2035.

Despite these commitments from the Canadian government, we remain disappointed that the Minister has decided to eliminate all funding to Canada’s pellet sector. Clearly wood biomass plays an important role in these efforts since The United Nations Intergovernmental Panel on Climate Change (IPCC), the world’s leading authority on climate change, has recognized the significant GHG mitigation potential of biomass – as much as 80 to 90 percent – provided that it is developed sustainably and used efficiently.

There is a shortage of 3.5 million tonnes of wood pellets in Europe now which has caused countries like Denmark, Netherland, and Belgium to switch back to coal and other fossil-based fuels for heat and power production. Canada is the second-largest wood pellet exporting country in the world which can help enormously with European energy security. WPAC members stand ready to assist; and as you can see throughout this newsletter, we view pellets as a strategic investment today and in the future for Canadians and everyone globally trying to make the world a better place.

We are pleased to announce that our AGM will be back to in-person this year. Join us in Vancouver, British Columbia September 20-21 for an action packed two days. We are also making plans for a tour into British Columbia’s interior. Stay tuned for more details, coming soon! For registration, program and exhibitor information, please visit https://wpac-agm.pellet.org/

New video series highlights the Power of Pellets
From communities across British Columbia’s vast interior to the Indigenous lands of the KitsumKalum, the “power of pellets” is masterfully demonstrated, through the eyes and ears of the people on the ground, in a series of five new videos produced by the Wood Pellet Association of Canada (WPAC) with support from Forestry Innovation Investment.

Wood pellets create a “real opportunity to take the land that we live on and develop an economic resource,” concludes Diane Collins, General Manager for the KitsumKalum Economic Development Group of Companies. “We’re happy to be a part of the forestry industry, utilizing as much as 100% of every tree. We have a real strong belief in doing things that are good for the environment, good for the community, and good for the trees. I think because this is such a green and renewable energy product the community, in general, totally supports wood pellets.”

Unleashed, the opportunities for using pellets at home and around the world are almost limitless. Watch the videos here .

Shining a light on bioenergy
Like most regions of the world, the Canadian Province of New Brunswick is electricity supply-constrained, making up only 21 per cent of energy consumption in the province. It lacks the low-carbon dispatchable resources of other jurisdictions.

The fact is the solution lies in its own forests. The province is home to five wood pellet plants that produce approximately 350,000 tonnes per year. This fuel has an energy content of over six Peta Joules (PJ) and could replace all heating oil and natural gas consumed by commercial and institutional buildings in New Brunswick. However, due to little local demand, over 90 per cent of its wood pellet production is exported.

As the world looks to bioenergy, isn’t it time Canada did the same? You can read more in the latest issue of Canadian Biomass Magazine.

WPAC pellets advancing clean energy solutions for Canadians
WPAC’s Maritime Working Group (MWG), comprised of members from New Brunswick and Nova Scotia, are advancing wood pellet bio-heat opportunities for the Canadian marketplace that could save Maritime homes and businesses up to $1 billion in heating costs annually while reducing GHG emissions by 3.2 million tonnes each year.

Currently the MWG is focussed on the commercial and institutional scale market segments. The MWG feels a strong sense of momentum in the Maritime provinces and is optimistic this will result in more opportunities to sell wood pellets domestically. Most recently it has:

Videos highlights the benefits of ENplus®
Originally launched in Germany more than a decade ago, the ENplus® quality standard has since been endorsed by hundreds of producers and traders of wood pellets in countries around the world. Now a series of three short videos, in French and English, explains why this seal has grown to become the world-leading premium quality scheme for wood pellets.

Watch the ENplus® videos here to discover all the reasons for committed pellet professionals to become certified.

BC bioenergy: The case, controversy and considerations from a sustainability expert
Italy-based forester and sustainability expert Shauna Matkovich shares observations from her recent trip to British Columbia to explore the opportunities and challenges for bioenergy in the province. Matkovich explores some of the challenges for biomass and provides important takeaways for Canada’s forest sector. Read more here.

“Sound forest management is also our best tool for enhancing wildlife habitat, ensuring clean water, contributing to carbon sequestration and supporting the local communities with jobs and economic opportunities. I look forward to advancing my work around forestry stewardship with Drax,” — Diane Said.

You can read more about Diane’s new role here.

Canada’s Provincial-Territorial Advisory Committee (PTAC) is developing a white paper containing possible standardization solutions to allow for a larger variety of European boilers to be brought to market in Canada. One possible solution under consideration is for a new appliance standard to be developed to address deviations between existing standards. The paper will be presented to PTAC for comment later in 2022. Read more here.

Members of EU parliament consider primary woody biomass ban
Members of the European Parliament’s environment committee have suggested changes to the European Commission’s proposed revision of the 2018 renewable energy directive (RED).
Of particular interest to supporters of Canadian wood pellets is the detailed definition of primary woody biomass that would include all roundwood felled or otherwise harvested, and all wood obtained from removals from forests, including wood recovered because of natural mortality and from felling and logging. Most of Canada’s biomass comes from boreal forests where they do not generally get any older than 140 years because natural processes of fire and insect attacks will damage and destroy older forests if they are not harvested.’
WPAC members and customers are also concerned with the unnecessary and burdensome proposal to implement the cascading principle which is seen as largely addressed in the marketplace already.
There are many more steps to complete RED’s legislative journey to law including approval by other committees and the EU’s Council; with a final vote expected later this fall. WPAC will continue to monitor and engage through Bioenergy Europe and through the federal government and its embassies.

The process to revise SBP’s six standards began in May 2020 and is not likely to be completed until the third quarter of 2022. Gordon Murray is a member of SBP’s Standards Committee that is overseeing the standards revision process. Currently, third drafts of the standards are being reviewed by SBP’s Technical Committee (TC). Field testing – including at some Canadian operations – will begin in June. Once the TC has completed its work, the standards will be passed to the Standards Committee (SC) for review and approval, prior to being sent to SBP’s board for ratification. SC’s membership includes balanced representation from civil society and industry.

SBP regional risk assessments (RRAs) for the provinces of BC and Quebec were completed and approved during 2021. WPAC has been cooperating closely with an independent working group, led by forester Brenda Hopkin, on preparing regional risk assessments for New Brunswick and Nova Scotia. New Brunswick is approximately 90% complete and Nova Scotia is about 75% complete. Both projects have been put on hold due to a decision by NRCAN to withhold further funding support to WPAC under the Export Opportunities Program. When these RRAs are eventually approved by SBP, pellet operators can rely on them as evidence for their SBP certifications.

The Sustainable Biomass Program has published its annual review for 2021, noting another year of growth with a 12 per cent increase in Certificate holders and an increase in geographic reach, taking the number of countries with an SBP presence to 33. The SBP’s annual review is available at: www.sbp-cert.org/documents/annual-reviews.