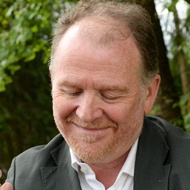 Martin Bentele is chief executive officer of the German Pellet Association: "Deutscher Energieholz- und Pellet-Verband (DEPV)," since 2007.
Bentele has been the managing director of the German Pellet Institute: "Deutsches Pelletinstitut (DEPI)," Germany, since 2009. He was the chief executive officer of Forest Owner Federation Baden-Württemberg: Forstkammer Baden-Württemberg from 1997–2007. Bentele was parliament consultant for the Christian Democratic Union (CDU) at Federal Assembly (Landtag) of Baden-Württemberg from 1995–1997, and he was speaker of the Ministry of Agriculture of Baden-Württemberg in 1995. Bentele holds a degree in forestry from Albert-Ludwigs University of Freiburg, Germany.
More in this category: « Shawn Bells Georgia Gratton »